An exception is an abnormal condition that arises in a code sequence at run time.
Java exception handling is managed via five keywords: try, catch, throw, throws, and finally.
Workflow

Note: When you use multiple catch statements, it is important to remember that exception subclasses must come before any of their superclasses.
Exception Types 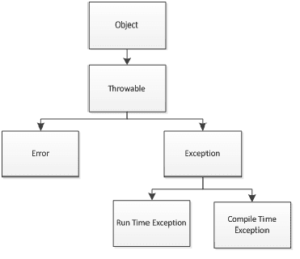 Creating Your Own Exception Subclasses

Overview In this blog, we will cover a very common issue that causes the Infinity loop aka (Jackson JSON infinite recursion) when using @ManyToOne and @OneToMany relation between entities and how we can resolve them. Read more…